Katrina By The Numbers 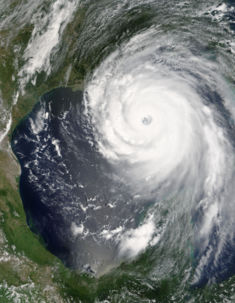 While we were in Covington, LA in June, I picked up Tulane University's Professor of History Douglas Brinkley's The Great Deluge where he chronicles events surrounding Hurricane Katrina from Saturday 27 August (Katrina hit LA and MS on the Monday 29 August) to Saturday 3 September 2005. As I've been reading, I've been jotting down some of the numbers (some of these numbers are from other sources as noted, primarily the wikipeida article on Katrina):

NASA image courtesy the MODIS Rapid Response Team at Goddard Space Flight Center
Posted by Stephen at 7/29/2006 08:41:00 AM No comments:

Parnell Goodyear and some friends just got back home from New Orleans. Here, Parnell links to blogpost and a video of what they saw and experienced.
Posted by Stephen at 7/26/2006 12:00:00 AM No comments:

Mark is a Director for Compassion on site in Trinity, where we have sent most of our teams.

"I had to share with you a few things from the last 2 days. I had the
privilege of hearing Sara's story tonite on how she got here. She is a
late teen/early twenty something from IN, here with a group of teens and
college/carrers. she shared that when she saw the opportunity to go on
the trip a few months ago, her heart jumped. she got an application and
signed up that day and was thrilled that she was going to be able to
come and serve God and help people. but as the summer wore on, and the
deadlines approcahed for paying the costs for the trip, she realized
that maybe she wasn't to come, as she was working to save money for
school, and really could not afford it. so one nite as she was
waitressing, a group from her sunday school class came in for dinner. it
was a slow nite so she was able to vist with them a good bit. she went
back to the regsiter to ring up the bill, she turned and found her
friends were gone, without a goodbye. bummer. she went to the table and
under there was a note that said how much God and her friends valued her
and special a person she was, and under the note was the exact amount of
money that she needed for the missions trip, her tip.

i held back tears then as i heard this story, and now as i type the
story, of God's faithfulness, His provision, and a caring, supporting
christian community. it's only tuesday, and her testimony was that she
will never forget this experience, 'it has changed my life'....and maybe
mine a bit too.

another young lady came up to introduce herself to me and give me ahug.
she wanted me to meet her specifically because she wanted me to remember
her when she came back, because she tols me, 'i am coming back'. she was
with the same group. she did not want to come. she said no 4 times to
the team leader when he asked her to come on the trip. she had had bad
experiences in high school in some church youth activites, not being
accepted, and confessed that her family has really not been going to
church with any regularity. she told me that she had never really read
the bible. she had told her team leader all the resons that she could
not go, the main one being that she could not get off work. but he was
persistent and called her at work one day and had her ask her boss, even
though 2 other s were already off work at that time. the boss listened
and then went to one of the others who had asked off, told the guy what
this gal was going to do, and the guy gave up HIS week of summer
vacation for her, so she could come. she lsot her last excuse, so here
she is. she confessed that she has made some of the best christian
friends, in 3 days time. as i left tonite, she was sitting down with
her group for a bible study time...with her bible open!

it is awesome to see what God is doing in people here, much less
through them.

for those of you in the harrisburg area, i wanted to let you know that
denise and kara and caleb will be at community free church on sunday for
the 930 and 11 services, emily and i are here in la. they would love to
see/meet you guys if you could make it. denise will be sharing for a
brief time in the service. just what she like to do, stand up in front
of people and talk...now me on the other hand... the church website
for directions/addr if you think you can make it.
www.communityfreechurch.org/

we are working a lot now on planning for the next year of work and
ministry. we are doing a more focused training and equipping cirruculum
for the evenings in the fall for teams to learn more about issues of the
poor and the need for ministries of compassion in our own neighborhoods,
as there are hruting people all over, not just here. although they sure
are messed up here. we got a call today from a very upset lady who had
a good friend of the family working to rebuild their house, which was
now going to be a double wide on a slab. the guy was to pour the slab
next week, but the family found out yesterday that he hung himself.
they lost their home in the storm surge, and now they lost a friend and
the person who was going to get them back into a new home. we have not
had a skilled concrete guy in for months, but as the Lord would have it,
we also found out today that we may have a skilled guy in that area
coming next week. it's amazing how God show's a need and then provides a
way to meet it, and why he frequently seems to do it here on like the
same day is beyond me, but it sure is awesome to sit back and watch.

we are really looking for folks who will pray earnestly for workers to
keep coming here to do the cleanup and reconstruction. (it's a biblical
command for us to ask this of the Lord...see mt 9:38) the volume of
volunteers for the fall seems to be slowing some, as i'm sure most folks
think there's nothing or little left to do as it is out of the
news.amazingly , we got a call today from slidell from a lady who needs
her home gutted. this area had gutting mostly done by last november. we
are also getting an increasing rate of calls again for gutting in new
orleans. so many folks still have not even gotten the contents out of
their homes, and fewer and fewer churches are continuing to do this
work, as they are not having enough volunteers, or are just wearing out,
or are running out of funds to sustain the recovery efforts.

but we are planning for ongoing efforts well into 2007 in the area
around covington, and beyond into 2008 in central city new orleans, and
need you and your teams to come and be a part of God's work here.

we are also going to be doing lots of planning for the ongoing crisis
response ministry too in the next 2-3 months. thanks for being a part of
it all and for your care for us... ml"
Posted by Stephen at 7/20/2006 09:06:00 AM No comments: 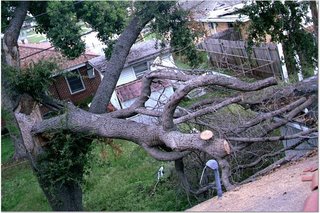 This Work Team left on Sunday 2 July and returned on Saturday 8 July. They were:
Pictures from the trip can be found here! 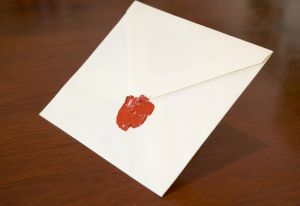 KatrinaGrace Team VI was just down there about a month and a half ago (pics here) and the place looks like a nuclear bomb went off. Though the area was very poor, 60% of Lower 9th Ward residents owned their home.

This is another step of the region back to normalcy.

Mark lives in a FEMA trailer in Slidell and was helped by Trinity and Compassion with some work on his house in October of last year. He's still waiting for an electrician to become available to finish work on his house so that he can move back in. A tragic accident 6 years ago when he was a paramedic has left Mark barely able to walk.

The day after the storm, Mark was slapped in the face by a tree branch which did extensive damage to his teeth. But dentists are telling him that FEMA hasn't been paying them and so they're not taking FEMA patients.

Members of the KatrinaGrace Team VI were able to visit him while we were in Louisiania in June.

We've been able to connect Mark with a dentist, Dr. Shannon Allison, who attends Trinity Church. He's graciously agreed to take a look at Mark's teeth and to see what he can do.

When we were contacting Mark about this tonight, we learned that about two weeks ago Mark's 15 year old son was tragically killed in a car accident while riding with a non-licensed 16 year old. We contacted Trinity and they've agreed to send someone out to visit Mark next week. Mark is divorced from the boy's mom and they also have a 17 year old son.

"Bill Friend thought he was ready to go home again. He had read the newspapers, watched TV and talked with friends about the devastation wreaked on New Orleans by Hurricane Katrina.

Still, he was shocked.

Katrina hit New Orleans on August 29, flooding 80 percent of the city and killing more than 1,500 from Louisiana in one of the worst natural disasters the country has seen. So far, only about half the population has returned and vast stretches of the city are nearly deserted and still full of debris."